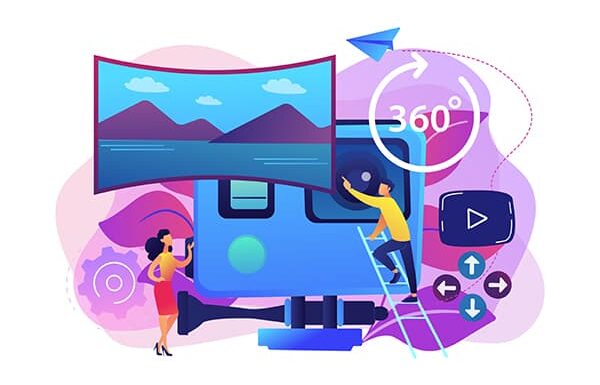 It is exciting that finally, Oman is warming up to virtual tours. While the rest of the world including our neighboring UAE has long embraced the concept of inviting viewers to their businesses virtually (using virtual tours) and expecting more visitors than usual through their doors than just using traditional methods of inviting customers to their businesses. This method has worked in the west for the last decade and a half, it is working in the Eastern hemisphere and for the Middle Eastern and African countries that have embraced the change.

While our company (Oman360Views) alone has helped numerous businesses in Oman understand the concept of virtual tours and to take advantage of virtual tours hosted for free by Google, there are several other companies in Oman and out of Oman which have helped many other businesses as well.

There are even those who just create virtual tours of places for fun, just to explore what their phones and cameras can do. If you know how to look for spherical images on Google Maps, you will find umpteen images around the Muscat area and outside Muscat as well. 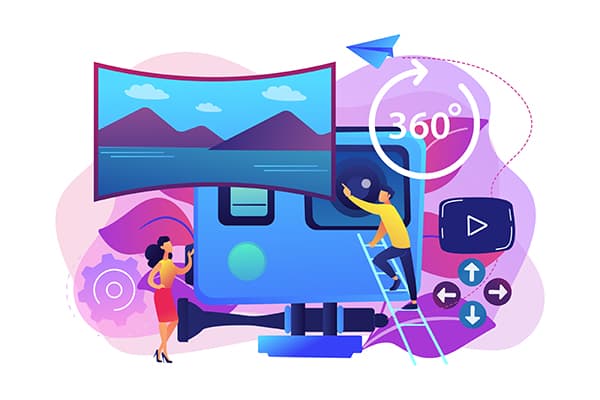 So for those who are just now reading about Virtual Tours, the question is what is a virtual tour? And what is it good for?

I will answer the second question first and the first question afterwords.

A 360 degrees virtual tour allows people to visit your business virtually either using their computers, tablets, or their phones. They could even visit your place virtually via TV or virtual reality goggles which gives them almost the real feel of being in your place. In most cases, they decide to visit if what they saw was attractive to them. This means as a business the same customers who were just driving by and thought they were too busy or did not want to visit yet another place that sounds nice and may not be as nice. But beauty is perspective, each person sees things differently, so visiting your business virtually will attract many people who may not otherwise have entered. It means they will visit your other profiles online, your Instagram, Facebook, Twitter, website, etc. It means more sharing with their friends and ultimately more business for you. So in short, a virtual tour means more business!

Which business could use a virtual tour? In short, any business which has customers walking in and out of it could use a virtual tour. Coffee shop, restaurant, clothes store, any kind of showroom, car dealerships, museums, real estate businesses, rental properties, farmhouses, hotels, resorts, spas, salons, hospitals, clinics, dental centers, exhibition centers, play places, supermarkets, grocery stores, electronic stores, mosques, temples, churches, schools, colleges, corporate offices, airports, even the tourism industry and so on and so forth.

Now, let’s answer the first question, (what is a virtual tour?)

In brief, it is a collection of 360-degree spherical images connected in a logical progression. You click on links to move between the spherical images. Each time you move into one such sphere, it is as if you took a few steps forward in real life and looked around in any direction you want and focused on any object that you want! When you’ve had enough, you look for a link to click to move to the previous spherical image or to the next.

Traditionally, regular video cameras were used to capture a walk around some property or some nice scenic place. Unfortunately, that meant that the viewer could only see from the perspective of the camera holder. They could not control the speed, or direction of view.

Then came panoramic photos, which basically are compilations of sets of photos of a scene taken side by side and merged together by the camera software or on the computer. However this was not enough as in most cases, one could not see further up or down. Then came software for stitching spherical images. Which meant that the viewer could spin the spherical image and look, left, right, up, down, or even turn the image upside down, as they pleased. They basically get to interact with the images, and zoom in and out of images to see what they want, not what a professional directional shot photographer wants to show them.

Combining or linking several such sequential images taken in a progressive manner creates what is called a 360 degrees virtual tour. For example through a corridor, or in the middle of a soccer field. As the viewer spins the spherical image, they see an arrow or an icon which indicates that there is one more spherical image in that direction, such that clicking the arrow or the icon would move them into that spherical image.

With virtual viewing goggles, the viewer actually feels as if they are in the scene, because the goggles present sort of a 3D (three-dimensional) view of the image, immersing the viewer right into the scene.

As virtual tours in Oman are increasing, the awareness of them is increasing and customers are looking for them every time they look up a business on Google. It is becoming imperative that each business must have the latest virtual tour of their location. When I say latest, I mean one captured after the most recent decoration. Because the last thing you want to do is show customers one image of your location and when they arrive they see something different. Many will just walk out, it does not leave a good taste, it is misleading, to say the least. The best way to lose credibility with the customer.

Ther is one more version of the 360 virtual tours, it is called a “hosted tour”. A hosted 360 degrees virtual tour is similar to a Google virtual tour, as a matter of fact, most are created using the same imagery captured for Google virtual tours. However, they include more interactive elements. If you can imagine walking in a museum and clicking on a button next to an image to hear the history or watch a video, then that is exactly what happens. But now it is in a virtual tour, as you walk between spheres, you will see some information icons and hot spots. When you click on them, you are presented with either material to read, or photos or videos. So if you are a business, you actually can present everything you want your customers to see or hear and let them get immersed in your place. It takes no time before they decide they want to see and feel everything they see about your place, for real.

On a side note, it is unfortunate that while some companies are trying hard to produce professional work, there are many who do not even understand quality… their work speaks for itself for those who know the difference. Some only use cheap phones, some use expensive phones and expensive DSLR cameras, but since they are not really trained, they just shoot and hope the images they shoot will speak for themselves… which fortunately they do! But when they approach someone who hears about virtual tours for the first time and has no idea, anything goes.

As for those who know about quality virtual tours, when they look at these poorly captured images and tours, they give up on their search for good companies, or they try to do it themselves, of course, they are not certified, so the results are either same as those they are trying to avoid or a tiny bit better.

In any case, if you are a company that needs quality work done, you have found us, plus there are several others, all listed under Google Maps Street View for hire list. Of course, Google has lowered the standard of requirements to get certified and get listed on their for hire list. But even then, you can browse and see each person’s work and judge for yourself. Basically, those who are paid for their work, take it seriously and provide better results. You can also see who is serious by the number of projects they have completed and you can see their work get better if you look from their work let’s say from 3 years ago and current work.

Nevertheless, it is exciting that finally  Muscat and Oman, in general, is entering into affordable, professional 360-degree virtual tours era

2021-07-17
Previous Post: Our Customers Businesses have just crossed 12 Million Views
Next Post: We are moving, but it won’t matter

Let Your Invested Efforts Talk To Your Customers

You have invested a lot of money to get your showroom/restaurant/clinic etc. to look good. Let your customers "come in virtually" you will be shocked at how many will actually become a "foot in the door" visitors.

This has already been proven all over the world. Don't be the last one to get a virtual tour for your place.

Remember, there are leaders and there are followers. Leaders take calculated risks, others follow.

Click here to fill a request form for us to contact and visit your location in order to estimate what is required to make your place look good on Google - It's FREE!

GET SOCIAL WITH US!

What Our Customers Say

Kate Kerdi
06:08 18 Jul 19
Highly reccomended for those who want to take their business appearance in the internet to the next level. Great SEO service provider too!

Ahmed Zuhair
05:44 02 Jul 19
Thanks, we get the photo on time and the company is a unique provider in Oman for this service.Wish them all the best,

Cycle Omania
09:56 27 May 19
Awesome super fast approvals. With the help of Oman 360 Views we were able to claim our location on Google my business very fast. With their help and guidance we are now able to read and respond to customer reviews and questions. We have full control of our Google account and we can use the data to actually plan our business according to factual data. Such as where our customers come from, demographics, phone calls, response to our ads etc.We highly recommend Oman 360 Views
See All Reviews